As part of the Dallas  Blogathon, bloggers were asked to pick an actor from the long-running TV show Dallas (1978-1991).  It was requested that we  write a blog about a regular or a guest star on the show but in a different role, other than Dallas. It was suggested to me to pick Lesley Anne Down; since, I am a fan of Patrick Swayze; and,they both stared in the mini -series North And South. It is a great suggestion; but,  I never seen North and South. So  I decided  to write about Lesley Ann Warren in Victor/Victoria. I love that movie.

Of course, that was a huge mistake. I felt a little better later when I read that Lesley Anne Down joked with a reporter that she is constantly getting mail for Lesley Ann Warren. After reading her candid comment about people mixing up the two actresses, I felt a connection; and, I instantly knew that I really liked her as a person. Even though I knew next to nothing about her.  So, I bought the DVD North and South and prepared for a bingefest.  It is 1392 minutes long without commercials.  That is 23.2 hours of movie watching. Basically, it took me 3 days to binge watch this mini-series.  Was it worth it? Absolutely!

The beautiful, British Down  co-starred in Dallas in 1990.  In my humble opinion, she is as beautiful as Ava Gardner (who died that same year of pneumonia)  or Elizabeth Taylor. In Dallas, season 11, she played Stephanie Rogers.  In her role as an expert public relations agent, she is intent on capturing the heart and mind of Cliff Barnes, J.R. Ewing’s nemesis on the show.  During this time, she signed a contract for a 10-week shoot. She created quite a stir with the salary she negotiated for her role in the show.  An unheard of  amount of $250,000. Who is this actress who was able to secure such a lucrative amount of money?  Remember this was before the big money of Oprah Winfrey or Ray Romano or even the equality pay demanded by Hollywood actresses today.  I think part of the answer lies in her stunning performance as Madelyn Fabray- LaMott in the Emmy award-winning North and South (1985-1986). 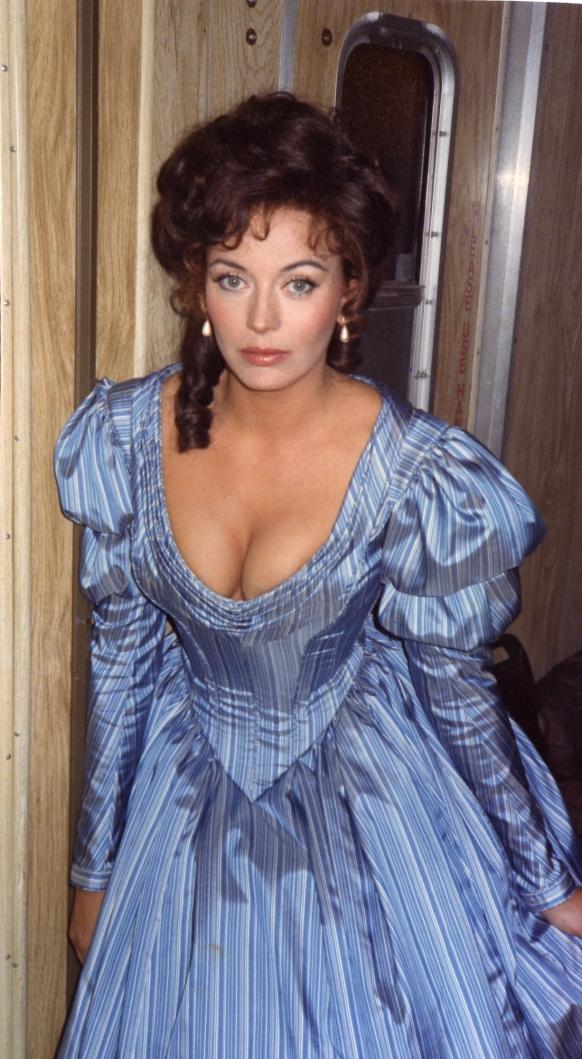 Ms Down was born in London, England on March 17,1954.  She started modeling at the tender age of ten.  Although Down retired two years ago at the age of 60, most American audiences can still remember her charismatic portrayal as Madelyn Fabray LaMott in North and South. This mini-series is based on three books of  historical fiction by author John Jakes.  His trilogy follows the friendship of two West Point cadets and their families before, during, and after the American Civil War. This is a war that is described as a war that forced brother against brother and nearly destroys both in the process.

The Maines are from  South Carolina and the Hazards are from Northern Pennsylvania. Patrick Swayze plays Orry Maines and James Read plays George Hazard. Before Orry Maines meets George (his Bestie), he meets Madelyn soon after he said his goodbyes to his family. While  traveling on the road to the pretigous West Point, to train as an officer in the United States Army, he comes across a coach lying on its side in water.

Madelyn’s coach wheel had broken and turned itself over in a  section of a flooded road.  Orry rides up and sees the beautiful southern belle in distress and promptly jumps from his horse to assist. When she explains to  him she is on her way to meet her father who is visiting the owner of  the LaMott plantation,  Orry offers to take her on his horse (side-saddle, of course).  Apparently, the LaMott plantation is neighbors to the Maines’ plantation.  Little does Madelyn know that her French Daddy is shopping for a rich husband for her. While at the same time evil and mean plantation owner Daniel LaMott (played perfectly by actor David Caradine) is shopping for a southern bell- trophy wife. By the time Orry and Madelyn arrive at the LaMott planation, Orry knows she is the woman he wants to be with for the rest of his life. However after they arrive, Orry must tell her that he will not see her again for two years due to  his training at West Point.  The newly discovered star-crossed lovers promise  to wait for one another.

They keep their promises and write daily; but, neither one will receive that first letter.  Daddy Fabray intercepts each letter coming in and each letter going out.  He wants his daughter  to marry the filthy rich and powerful LaMott. Madelyn eventually is persuaded that Orry must have found someone else or decided she was not the girl for him after all.  Meanwhile, LaMott is working hard at wooing her by spoiling her with his loving attentions and gifts.

I mean really, what’s a girl going to do? It has been over two years and no word from Orry. Madelyn finally gives in to her father’s and LaMott’s encouragements. She agrees to marry LaMott. Can you believe it? On their wedding day, Orry comes home. He still loves her; and as soon as he speaks to her and looks into her beautiful eyes, she admits, she still loves him too; but, she cannot love him back.  She is a married lady, now.  As if it would be easy to forget you love handsome and kind-hearted Orry over mean-spirited not so cute LaMott? I mean, really!  What’s a girl suppose to do?

Ms Down plays the long-suffering and abused wife so well that even the most virtuous audience wants her and Orry to “hook up” and have their secret adulterous affair. Down completely submerges herself in the role of Madelyn to such a degree that you believe every unbelievable facet of her pure and good personality. One of the elements of her portrayal of Madelyn that makes her character believable, is her sharply crafted southern accent.  It is this accent that definitely aids her in achieving such a stunning performance.  Unless you are an excellent southern actor like Billy Bob Thornton or a superb actor like Tom Hardy in “Lawless,” most actors articulate poor southern accents. For Patrick Swayze, this was not so much of a challenge because he is a southerner from Texas. Most people can sound somewhat southerner; but, very few can speak with an accent that sounds aristocratic and culturally enriched.  Ms Down accomplished both the mannerisms and the authentic accent while avoiding the  stereotype that most southern audiences have had to endure while watching movies or Television. With an array of talented qualities in Down’s performance, it is no wonder why she was nominated for a Golden Globe for Best Actress in a television drama in 1986. 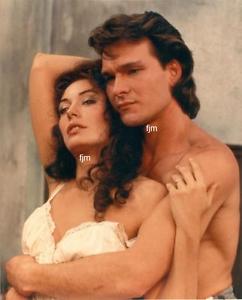 In an interview, Down gave excellent advice about going into acting. She said:  you have to want it really bad so that nothing else matters. Most people don’t make it because there is a lot of things that happen to you on your way. She explained she hated school and stop going at the age of 12 years old.  She started as a model which eventually led to acting.  She said the casting couch was not a Hollywood myth.  She claims that she  hated her years as a teenager. They were stressed and intense. Fortunately for us and her, she did make it.

On a personal note, she has two sons from two marriages.  She met her final and present husband on the set of North and South.  Don E. Flauntleroy was the cinematographer for the mini-series. Patrick Swayze, in his autobiography which he finished shortly before he died in 2009, describe Down as a generous and funny lady who he greatly admired. He said she would invite cast and crew to the expensive hotel she was staying at during the shoot. They were invited to fine dinning and would hang out there later on most nights. That is very generous indeed. It was rumoured she was going through a divorce from her second husband at the time.  Some suggested he actually paid for all that generosity.  My response is, so? If she spent the money on making people happy who is to question her ability and desire to do so?

As always in my blogs, I like to pass on lessons or wisdom that I discover from my subjects or topics. I find that Ms Down is not so different from most of us who have struggled to reach our goals.  She has had to overcome great obstacles  in order to obtain her successful acting career.  She is as complex and as complicated as any character she has chosen to play.  It has been suggested that great acting comes from the actor’s soul. They in turn share that honesty and truth with their audience.  Ms Down has shared many passionate performances with her audiences over the years. From the sweet, noble Madelyn to the cunning, ambitious Stephanie Rogers,  Ms Down has shared a part of her soul with all of us.  From North and South to Dallas, this accomplished actress has given to her Art and her audience with her honest role portrayals.

15 thoughts on “From North and South to Dallas: Lesley Anne Down”

This is a text widget. The Text Widget allows you to add text or HTML to your sidebar. You can use a text widget to display text, links, images, HTML, or a combination of these. Edit them in the Widget section of the Customizer.
%d bloggers like this: