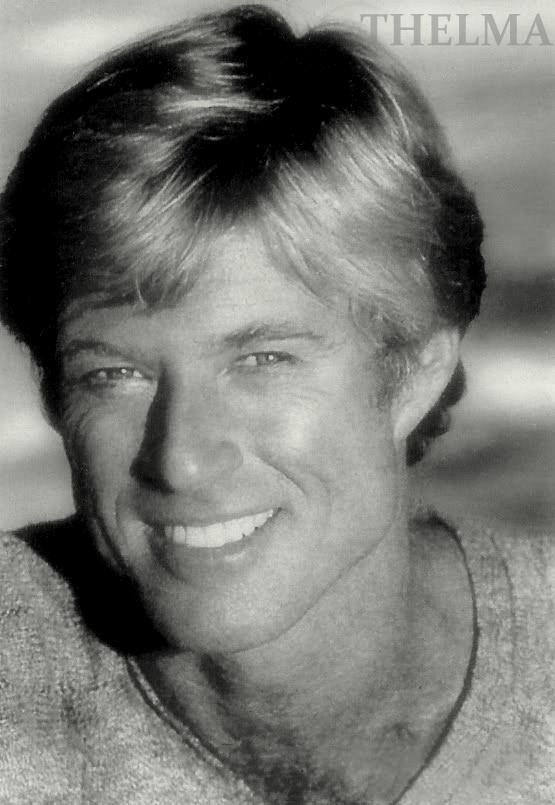 Robert Redford is my choice for the Reel Infatuation Blogathon of 2018.  I don’t believe this is an unusual pick. Like my crush on Outlander’s Sam Heughan, there is a lot of love (by the millions) out there for these two Strawberry blonde (gingers?) actors. The multi-talented Redford has done more than just perform  in 79 movies.  Besides acting, he directed ten movies; and in my humble opinion, two of those ten films are near perfect examples of the best kind of film making: Ordinary People (1980) and The Horse Whisper (1998). Along with acting and directing, he has also produced 50 films. 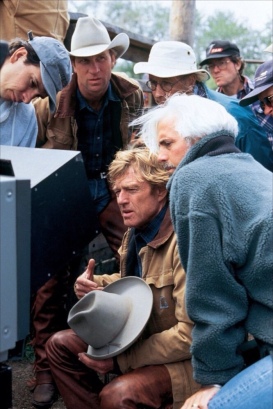 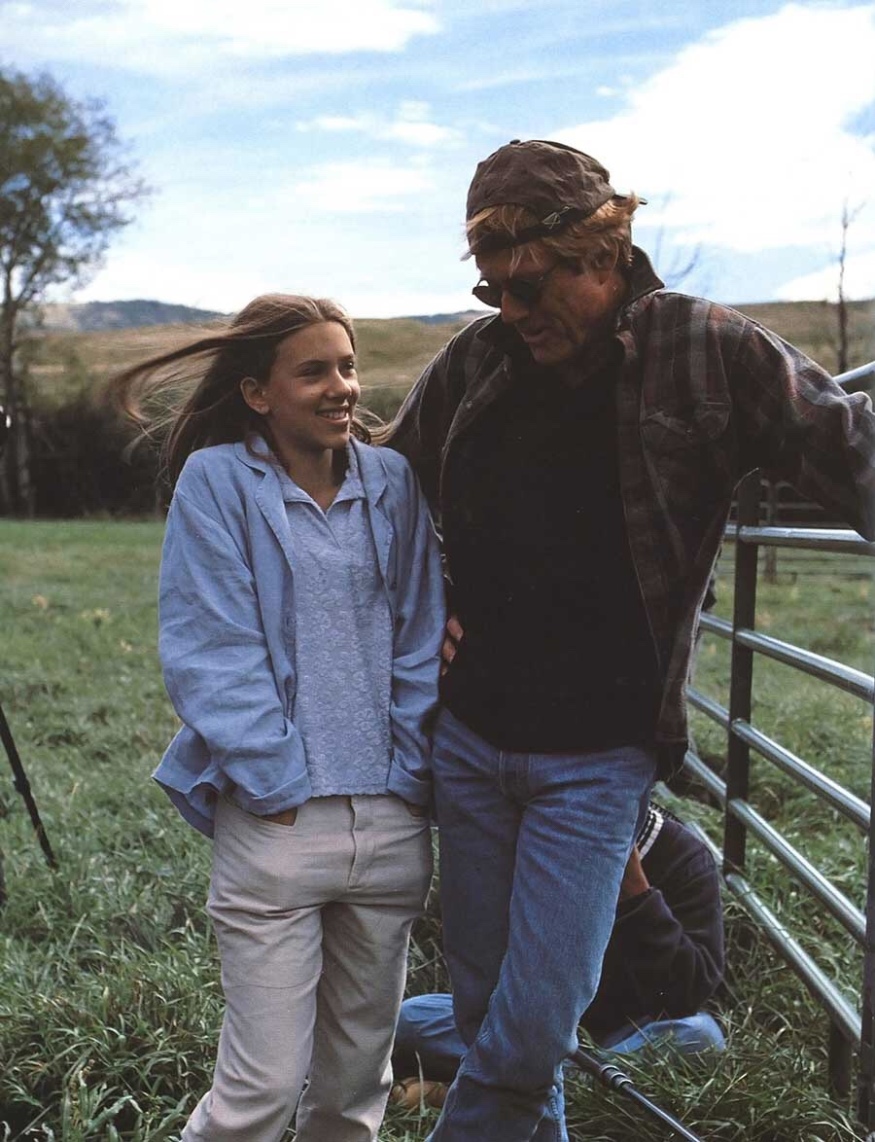 In addition to his amazing body of work within the industry, he has been active in many social issues. He is nearly legendary in his work as an environmentalist and his philanthropy. To add to all of this, he is the founder of the largest independent film festival in the United States: Sundance Flim Festival. Now, before I go further, I would like to thank two wonderful young ladies and bloggers: Ruth from Silver Screenings and Maedez from  Font and Frock and A Small Press Life.  I hope they will host, like they have for last three years, next year too. To read about more posts about Reel Infatuation, please use the links below:https://silverscreenings.org/2018/06/08/reelinfatuation-2018-day-1/ORhttps://fontandfrock.com/2018/06/08/welcome-to-the-2018-reel-infatuation-blogathon/

Why Did I Pick Robert Redford?I chose Redford because he is my first ever crush on an actor. As we all know, you never forget your first love. Unbelievably, my love for Redford didn’t begin because of his stunning good looks or his magnetic screen presence or even for my loving every one of the his 79 movies.My magical crush happened when he very young (26 years old) and  complete unknown to me and the rest world. He had been acting on numerous television shows from 1960 to 1964. He first showed up on one of my favorite shows: Maverick starring James Garner. During this four-year span of time, he had guest starred on quite a number of popular shows at the time: Perry Mason, Route 66, The Untouchables, Alfred Hitchcock Presents, Dr. Kildare, Naked City etc … His last television appearance was in 1964 on The Defenders. 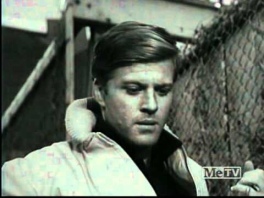 I “fell in love” with Redford while watching a re-run of a very popular television show Twilight Zone (1959-1964). For those unfamiliar with this American television show, it was created by Rod Serling. He was a producer, playwright, and screenwriter.  In addition, he introduced and closed each episode with his compassionate pathos and unique voice.https://m.youtube.com/watch?v=cxf_Dvy0VLs

The Twilight Zone This series is a science-fiction, fantasy, horror anthology. It was brilliantly written, acted, and realistically presented with twists and turns in the end. Also, and maybe more importantly, it usually had a philosophical, howbeit hidden, message about the nature of mankind and what life lessons we need to be learning. Usually, this was an emotional truth that Serling felt should be shared. The legacy of his Life Lessons.

A Few Notes About The Creator of Twilight ZoneRight out of high school, Serling joined the Army to fight in WWII.  He was wounded several times; but, he kept going back to combat duty. He fought hand-to-hand combat in the Philippines. After the war, he  suffered from severe PTSD (Post Traumatic Stress Disorder) that haunted him with night terrors for the rest of his life. While working in Hollywood, he was known as an “angry young man.” There were issues that he continuously fought against: racism, the Vietnam war, and censorship.

Twilight Zone: Nothing in The DarkIntroduction An old woman living in a nightmare, an old woman, who has fought a thousand battles with death and always won. Now she’s faced with a grim decision – whether or not to open a door. And in some strange and frightening way, she knows that this seemingly ordinary door leads to the Twilight Zone. Many writers write from their soul. So, their personal emotions can be seen in their work. With that said, imagine this introduction being said by an ex-combat solider who has witnessed and survived death; and he is still haunted by it in his dreams.

More People Behind The ScenesNothing in The Dark first aired on January 5, 1962; and, it only ran for 24 minutes.  There are three actors: Gladys Cooper, Robert Redford, and R.G. Armstrong.  It was co-written by screenwriter George Clayton Johnson (Logan’s Run (1976), Twilight Zone: The Movie (1983), and Ocean’s 11 (2001). Here are a couple of pics of Johnson with Redford and Gladys Cooper. 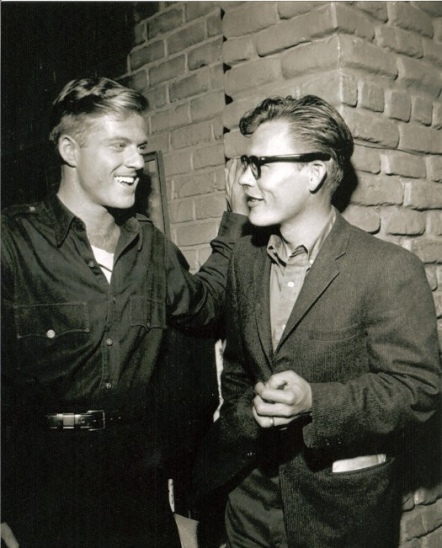 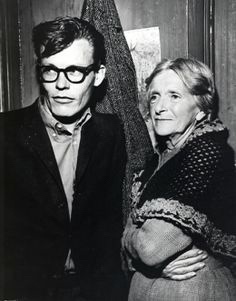 This episode is directed by Lamont Johnson who will go on to win two Emmys for Directing two made for television movies: Wallenberg: A Hero’s Story (1985) and Lincoln (1988). In this clip he explains how the unknown twenty-six year old Redford was hired and the superb British actress, Gladys Cooper reaction after meeting him. This interview was published in October of 2010…48 years after it first aired in ’62.https://m.youtube.com/watch?v=Z2-BSFlzaU8A

Summary of Nothing in the DarkThis story centers around a sad, lonely old woman, Wanda Dunn, (Gladys Cooper) whose fear of Death is so great that it has forced her into isolation for most of her life. Oddly enough, she can recognized Death in his infinite forms and disguises. She “knows him” and has been able to avoid him for years. However, there is a cost to pay for having this amazing skill: fearful isolationism. She has never really lived her life because her fear has trapped her from others. As a result, she lives alone on the bottom floor of a dilapidated apartment building.  With double locks on her door, she is totally alone, as she nervously sleeps.One snowy night, she is awaken by the sound of class breaking, probably her own window; then, she hears a whistle and then, gun shots. A policeman, Harold Beldon, (Robert Redford) is shot and begs for help. Should she open her door and try to save him? Is it Death tricking her?She finally gives in to his cries and helps him into her flat.  She places him on her bed as he profusely thanks her. Then, he begs her to call a doctor, or the police, or an even a neighbour. She explains that she does not have a phone and all the neighbors have moved away. She refuses to go outside to look for help because “he” is out there waiting for her. She decides she can trust the young man; since, she didn’t die when he touched her. She reveals her life story and her gift of recognizing death.Here is a clip of those first 3 minutes of their encounter.https://m.youtube.com/watch?v=gK1MCE3teZ8As incredulous as Wanda’s story sounds, Beldon is sympathetic to her tragic situation. Suddenly, there is someone banging on her door. She is too afraid to answer it. Someone is breaking in the door. Finally, the door flies open; and, Wanda crumbles to the floor, unconscious. 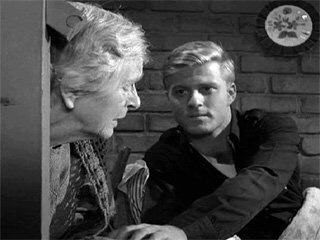 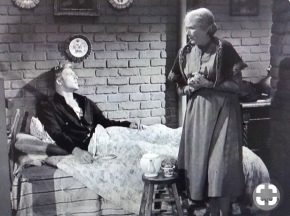 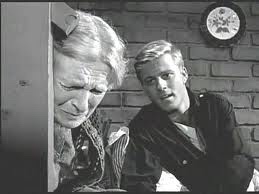 A contractor ( R.J. Armstrong ) is relieved that she is still alive. He explains that she must leave because he is tearing the old building down to build a new one. He tries to calm her down by explaining that how things work in life. Wanda is terrified to go outside; so, she asks Beldon to help her explain it to him. The contractor looks at her like she is crazy. He warns her that she must gather all the things she doesn’t want to leave behind. He said he would help her move her them; once, he comes back in an hour.Wanda is feeling so hurt and overwhelmed that she cannot understand why Beldon did not say anything to the contractor to help her. Then, she realizes that Death tricked her. I must say Ms Cooper’s performance is this show is what ” pulled me in, hook line and sinker.” I felt so sorry for her and what she missed in her life. All because of a fear of something that was enviable.I was completely into this story. So, you might understand how shocked I was when I learned that twenty years earlier, Cooper played Betty Davis’s BITCH mother in Now, Voyager (1942). Who I hated. Cooper plays a better bitch than Betty Davis in any of her best Bitch roles. This is quite a compliment to Cooper, who I love as Wanda Dunn.Once Wanda realizes that Beldon is Mr Death, he begins to calm her down and reassure her she has nothing to fear from him. He charms her and convinces her that she will be at peace and in comfort. In order for Wanda to surrender her will to Beldon there has to be a believable sense of compassion and trust. Not only for the characters, but also  between the actors too. This can then be felt by the audience: The connection is successful. This bond and chemistry between Gladys Cooper (who was 74 years old) and Robert Redford (who was 26 years old) was very strong and compelling.When he reaches for her hand and begs her to trust him and to come with him, I wasn’t sure if she would. Then, in one second everything changed.  It changes with two heartfelt words.  He softly, begs: Please, Mother. 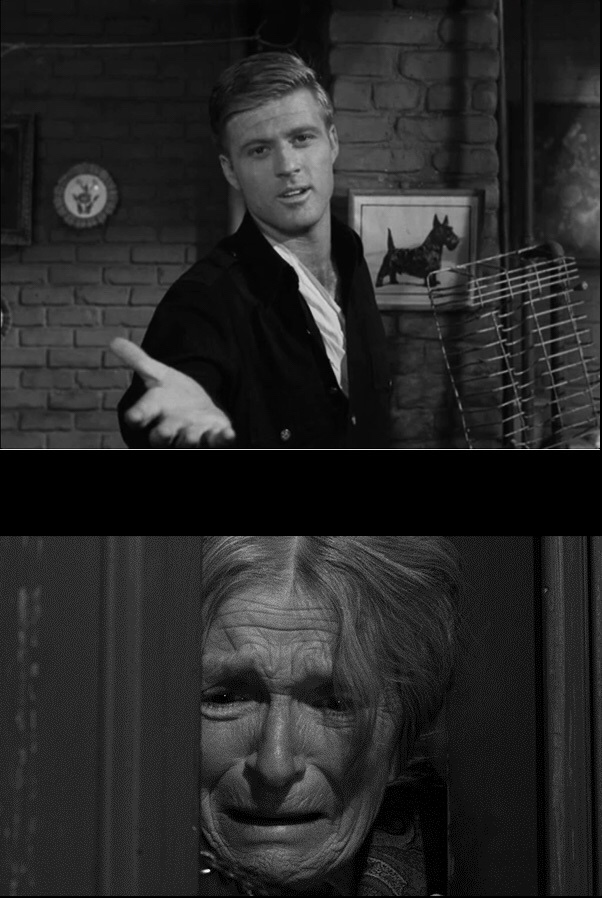 That was the moment that I cried and fell in love with Redford.  I doubt Wanda has ever been married or had children. Beldon is probably the only person/Inhuman ever spoke those words to her in her entire life. In the video clip, Lamont Johnson tells the story of the actors mutual respect. Without their mutual regard and respect, this performance could not have been as successful.Rod Serling closes this episode with the following words:There was an old woman who lived in a room. And, like all of us, was frightened of the dark. But who discovered in a minute last fragment of her life that there was nothing in the dark that wasn’t there when the lights were on. Object lesson for the more frightened amongst us, in or out, of the Twilight Zone.Here is a 2 minute video clip that I found on You Tube that mashes scenes together to summarize the story. Unfortunately, the “Mother” was completely left out. To me that was a huge mistake.https://m.youtube.com/watch?v=i9JZCo912kIIn closing, I have added an interview clip with Redford published four years ago. He is reminiscing about this 52 year old episode. It is very interesting because he mentions the “wonderful dynamic” between the two characters. It’s funny because  when most people think of great chemistry between actors, they usually refer to sexual attraction. However, for actors it means so much more.https://m.youtube.com/watch?v=JuuAEEj1fq0I once remembered a quote that defined love not in years but in moments … if that is true; the,  my “Reel Infatuation” with Redford only started in a moment; but, happily his work keeps adding more moments over the years. 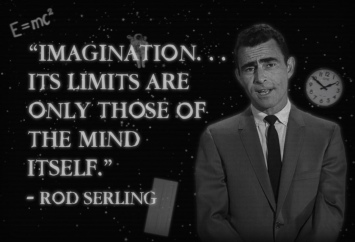 Please check for more “Reel Infatuation” stories by using the links near the top of this post.

23 thoughts on “The Reel Infatuation Blogathon: Robert Redford in The Twilight Zone”

This is a text widget. The Text Widget allows you to add text or HTML to your sidebar. You can use a text widget to display text, links, images, HTML, or a combination of these. Edit them in the Widget section of the Customizer.
Join 682 other subscribers

This is a text widget. The Text Widget allows you to add text or HTML to your sidebar. You can use a text widget to display text, links, images, HTML, or a combination of these. Edit them in the Widget section of the Customizer.
Loading Comments...
%d bloggers like this: